2011-03-04
Tweet
In Ireland and Germany, EireComposites Teo is looking at future blade technologies such as thermoplastics; alternative reinforcements like basalt and natural fibres; and VOC (volatile organic compound)-free thermosets like the polyester and epoxy powders currently in use by the paint and coating industries. One of the issues with both thermoplastics and VOC-free resins is that they need to be processed at temperatures above 200C, which in turn requires tooling that can withstand 300C for fast heating. The company has experimented with ceramic tooling and embedded electrical heating with moulds up to 12.6 meters long.

The UK is preparing for massive growth in its offshore wind industry, and Narec has built new test facilities for static and fatigue testing for 5 MW blades of 60 meters and above. One of the challenges is handling, for example a 70 meter blade is predicted to weigh 30 tonnes. Blade deflections during test could be up to 25 meters at the tip for an 80 meter blade. There are several certification bodies including GL, DNV and DEWI and one of the main blade testing specifications is IEC-61400-23. Currently there are test facilities at Riso-DTU in Denmark, WMC in the Netherlands, Fraunhofer IWES in Germany, CENER in Spain, NREL in the USA, at Baroda in India, being built in China, and at a blade manufacturer in Brazil. 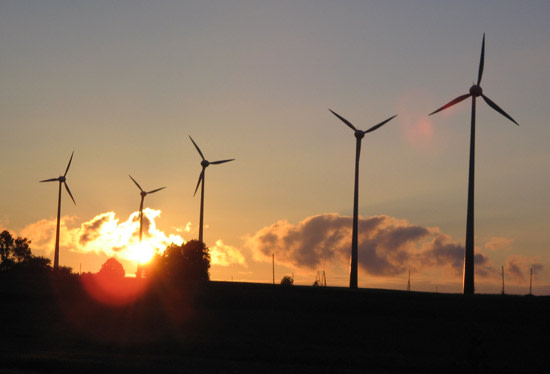 Wind blade service engineers such as CP. Max Rotortechnik have built up years of experience of blade maintenance. The company has seen problems from superficial pinholes and flaking on the surface, to internal defects such as bonding failure at the leading edge and the trailing edge, and loose and cracked web visible as stress whitening. Some damage is caused during blade transport. Lightning strikes most commonly affect the blade tip and are a problem if the lightning protection system is faulty.

Wind blades have to be lightning tested to International Electrotechnical Commission standard IEC 61400-24 (updated June 2010) at facilities like Testinglab Denmark: Kim Bertelsen comments, “It is not a matter of if the turbine will be hit by lightning, but how many times per year”. A strike begins with a high electric field surrounding the blade tip when a lightning leader from a cloud comes downward. Tests are carried out to see where on the blade the lightning attachment points occur and whether the design can handle the impact from the lightning current. Lightning protection systems like receptors are built into blades.

Some wind farms in cold regions stop operating for much of the winter according to WindREN, because of the ice that builds up on the blades adding tonnes of weight. Various anti-icing systems have been tested including black blades (not enough sun at the right times), a carbon fibre layer under the coating (WinWind/Skelleftea Kraft), hot air fan systems (Enercon/Svevind), hydrophobic coatings (Nordex/LM/Dong Energy), and foil systems (EcoTEMP/O2VK/Kelly/Goodrich).

The geographical areas affected by icing need to be mapped so that wind turbines can be specified appropriately: there is vast potential for wind energy in areas such as Canada, Sweden and Russia that could benefit from turbines that operate under severe icing conditions. The International Energy Agency (IEA) is running projects on this area of research, for example measuring icing on wind turbines at different locations.
Read more: Ecology 117 Plastics 602 Technologies 302