2011-11-21
Tweet
Braskem's green plastic to be used in the production of seats for the Amsterdan ArenA stadium.

Agreement with the Brazilian petrochemical company envisages the supply of raw material for 2,000 seats made of 100% renewable plastic for the Dutch stadium.

Braskem, the leading thermoplastic resin producer in the Americas and the world's largest producer of biopolymers, established a partnership with Amsterdam ArenA to supply Green Plastic to be used in the production of seats for the multifunctional Dutch stadium. In addition to the 52,000 existing seats, two thousand new seats manufactured with Braskem's plastic made from ethanol will be installed in the coming months. By the end of the next two years, all 54,000 seats will be made of plastic from 100% renewable raw material, using Brazilian technology. The announcement will be made on Friday, the day the Netherlands celebrate its national Sustainability Day. 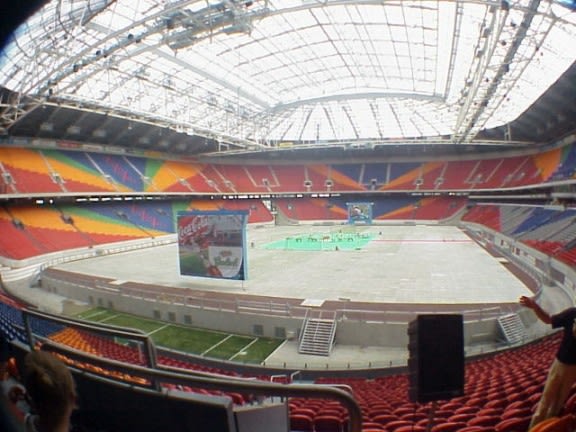 The installation of the "sugar seats" - as these seats are being called - is part of the strategy to turn the Amsterdam ArenA into a landmark of the world's most sustainable capital. The stadium was inaugurated in 1996, and its remodel will not adversely affect the events, like today´s friendly soccer match between the Netherlands and Switzerland. The entire remodeling project follows sustainability guidelines. In 2015, the stadium will be ecologically neutral, producing no carbon footprint.

Braskem produces Green Plastic since September 2010, when the Company inaugurated the world's largest plant of ethylene made from ethanol in city of Triunfo (Rio Grande do Sul state), with annual production capacity of 200 ktons of polyethylene. Unlike fossil plastic, Green Plastic presents a positive environmental result: each ton of plastic produced avoids the emission of 2.5 tons in carbon dioxide (CO2).

The project of the green ethylene plant, which was developed with Braskem's proprietary technology, received investments of R$500 million. The product is supplied to important clients in Brazil and abroad, such as Procter & Gamble, Nestlé, Toyota Tsusho, Natura, Tetra Pak, Danone and Chanel, among others.
Read more: Building industry 60