2017-02-03
Modern Dispersions Inc., a leading global supplier of thermoplastic compounds and concentrates, is celebrating its 50th anniversary as a leading material supplier to the plastics industry. The company, founded by Hungarian émigré Janos (John) Kozma, has grown from humble beginnings in Kozma's garage to its current position as a strategic global supplier with two plants and 250 employees. Modern Dispersions will mark its 50th anniversary by hosting a special employee event later this year.

Kozma's successful life story began at the age of 17 when he left Hungary during the Hungarian revolution in 1956. He joined the U.S. Army in Italy and was eventually stationed at Fort Devens in Ayer, Mass. in 1960. Kozma got his start in the plastics industry at Foster Grant working in the color lab and gaining knowledge and expertise in color concentrate technology. Later, he worked at Cal Plastics where he was involved in purchasing, formulation, and product management.

Kozma started Modern Dispersions out of his garage in Ashburnham, Mass. in 1967. In his makeshift production area, he built a two-roll mill which was his first machine for mixing color concentrates. Kozma started manufacturing operations in Gardner, Mass and eventually opened another plant in Gardner before consolidating both operations in 1983 at the current facility in Leominster, Mass.

"Our success has been built by the many great employees who have continued to innovate and lead our company to new heights in terms of productivity, quality, and growth," said Kozma. "Our simple formula has been to stay ahead of the curve in terms of technology, producing challenging formulations, and always being ready to provide close personalized service to our many customers."

Modern Dispersions employs 60 at the Leominster facility where it manufactures engineered black masterbatch, specialty compounds, and conductive compounds. To meet growing demand for it materials, the company opened Modern Dispersions South Inc. in Fitzgerald, Ga. in 1987. The facility, which produces black masterbatch and color and specialty compounds, employs about 190 people.

Today at 78, Kozma still has an active role as Chairman of the Board and is joined by three other family members in running the company. His sons Jan, Marton, and Gabor serve as vp. of sales and marketing, president, and purchasing manager respectively.

Today, Modern Dispersions runs 18 lines and operates a total capacity of 300 million lb with continued plans for growth. The company serves a global client list in the pipe, wire and cable, film, and compounding markets. 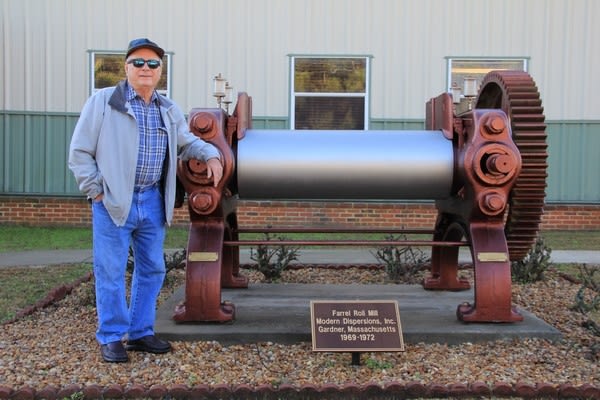