2016-12-19
From January 24 to 27, 2017, Wittmann Battenfeld will present state-of-the-art injection molding technology, automation and peripheral equipment to interested trade visitors at the Interplastica in Moscow in hall 02, booth A23.

The recovery of the Russian economy forecast by the IMF for 2017 is expected to have a positive effect also on the plastics industry. So the Interplastica is again an important platform for Wittmann Battenfeld to show its latest technology in Russia. The highlight of this year's Interplastica will be an injection molding machine from the extremely energy-efficient servo-hydraulic SmartPower series, equipped with Wittmann automation.

Bioblo building blocks will be manufactured from fasal, which is 100% bio-degradable, on a SmartPower 120/525 with an 8-cavity mold supplied by Demel, Austria. The parts will be removed by a W818 linear robot from Wittmann within a 30-second cycle time and either deposited or passed on to a second robot, an ultra-high-speed W821 UHS with a cycle time of <7.5 seconds per part. This robot will assemble various different structures with these building blocks to demonstrate the control system's high performance and flexible programming.

The machines of the SmartPower series are equipped with a highly efficient servo-hydraulic drive as standard and utilize the available deceleration energy via KERS for barrel heating, as is already familiar from the EcoPower. In this way, the machine's energy efficiency is optimized.

The SmartPower 120/525 on display at the Interplastica comes with the new UNILOG B8 control system running under Windows 10 IoT, which distinguishes itself from its predecessor version by several additional features and even greater user-friendliness. Via a pivotable 21.5" full HD multi-touch screen, the process functions can be retrieved by gestures, while some selectable operating functions are triggered by tactile keys located in the machine's central console. This makes it possible to address frequently used functions easily and directly. 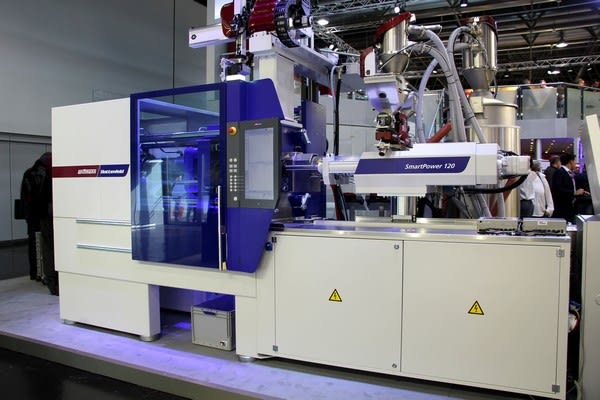 A display screen which can be partitioned allows simultaneous visualization of two different functions. This is a special advantage, since thanks to Wittmann 4.0 technology, it has now become possible to visualize and operate machines and peripheral appliances in parallel via a single monitor screen. Assistant wizard and help systems support operators in machine setting and process optimization.

In addition to the SmartPower 120, numerous peripheral appliances from Wittmann will be shown as stand-alone solutions at the Interplastica in Moscow. 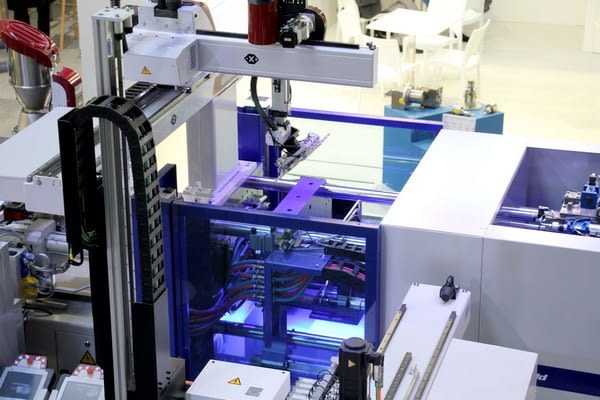