2014-08-12
Tweet
In future, Tien Phong Plastic Joint Stock Company based in Haiphong will be the first pipe manufacturer in Vietnam able to produce large PE pipes with external diameters of up to 2,000 mm. For this purpose, the long-standing customer of battenfeld-cincinnati has now ordered a complete pipe extrusion line, which is to be delivered in spring 2015. In 2011, Tien Phong had already decided to acquire a turn-key PE pipe extrusion, line including a die with an innovative cooling system. This equipment proved so completely satisfactory that the customer chose a die with internal cooling again this time.

The state-owned company Tien Phong ranks among the leading Vietnamese producers of pipes and fittings made of u-PVC, HDPE and PP-R. "Our pipes are manufactured to international standards, which is why we pay special attention to the quality of our production lines. We are already operating several lines from battenfeld-cincinnati and are particularly pleased about the material- and energy-saving operation of this equipment and its easy handling," says Mr Nguyen Quoc Truong, Tien Phong’s General Director. 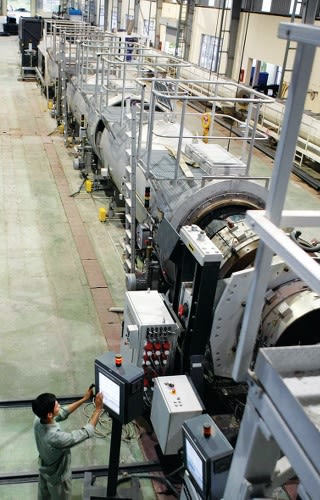 The core components of the complete, energy-efficient line ordered most recently for the production of pipes with dimensions ranging from 630 to 2,000 mm are a solEX single screw extruder and a helix VSI-T+ pipe die. In addition, an EAC Drying System has been installed. It uses heated air from the internal pipe cooling in the die to dry raw material, thus saving energy. High-performance extruders from the solEX series are particularly recommended for the production of HDPE and PP pipes. With their processing length of 40 D, they offer extremely high throughput rates with optimal melt homogeneity and low melt temperatures. The AC motors built in as standard ensure low energy consumption. In the line for Tien Phong, a solEX 120 is integrated, which manages an output of up to 2,200 kg/h with only modest space requirements. 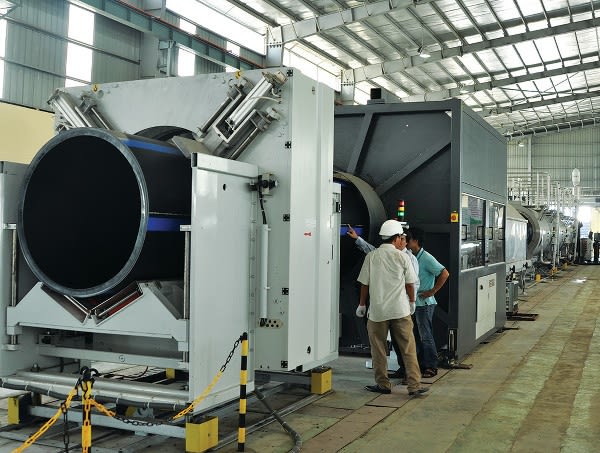 Another contribution to minimizing space requirements is made by the helix 2000 VSI-T+ pipe die, which operates with active intensive melt cooling in addition to an internal cooling system, and with the well-known two-step distribution concept consisting of a spiral mandrel distributor and a lattice basket, which guarantees best possible distribution, homogenization and throughput with low pressure build-up. The extremely efficient cooling system reduces sagging, which is of vital importance especially in the production of thick-walled pipes. Consequently, high product quality is ensured. At the same time, the intensive cooling system permits significant shortening of the complete line, which, in turn, reduces space requirements and makes the line particularly cost-efficient. 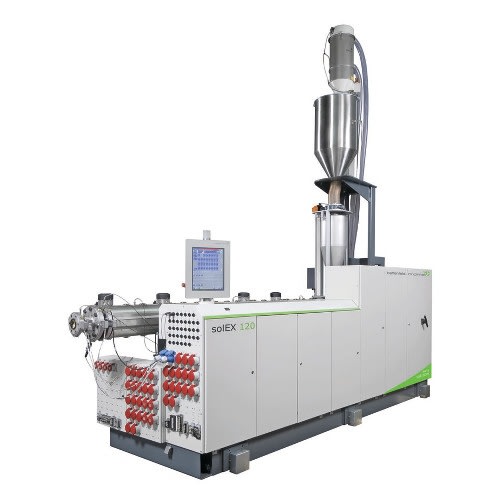