2011-07-18
Tweet
At EuroMold 2011 the latest technologies showcased by the exhibitors will be flanked by innovative workshops and special shows. ‘e-Production for Everyone’, which takes place already for the third time at EuroMold, became a spectator magnet in hall 11 since its premiere and underwent a spectacular development. At EuroMold 2011 this special show in hall 11 will provide insight to trends and future applications of additive manufacturing.

The new, modern hall 11 becomes ‘House of Creation’, another highlight at EuroMold 2011. ‘House of Creation’ will comprise the sectors ‘Design + Engineering’, ‘Materials’, ‘Simulation + VR’ and ‘Rapid Prototyping and Manufacturing’. Thus it creates a unique market place for modern product development. Apart from this EuroMold has already established itself for years as the biggest and most important market place for additive manufacturing (Rapid X technologies) in Europe. 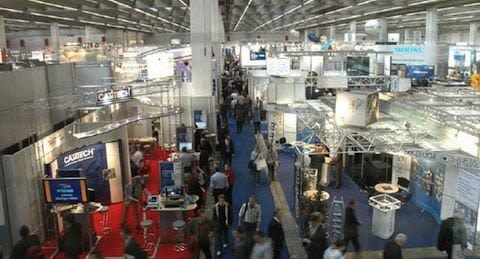 In 2011, EuroMold highlights several international conferences as well as numerous forums and workshops, with their importance as international contacts, innovation and technology exchange. The 13th consecutive ‚Wohlers Conference’ entitled “Design Innovation from Additive Manufacturing” will be conducted at EuroMold on Thursday, Dec.1, 2011.

In addition EuroMold presents for the first time “Strategies and Trends in Moldmaking and Tooling” conference, which is organised in cooperation with the “Süddeutschen Kunststoffzentrum, Würzburg” on November 30, 2011.

Furthermore, EuroMold 2011 traditionally presents the forum “design + engineering” in hall 11.0 with sessions in areas of “design + engineering”, “Simulation and VR”, “Rapid Prototyping” and “Industrial design”. The two-day forum “Partner Country Korea” will take place in hall 9.0. The participations at these forums are free of charge for the visitors of EuroMold.

Additionally EuroMold supports the international design and construction competition Formula Student. For the fourth time a workshop will be held at the show in order to mediate the characteristics within the development of racing cars on Dec. 2, 2011.
The EuroMold Exhibition Party will take place on Wednesday November 30, 2011. As usual we provide a variety of excellent food and top class entertainment. In the course of the Exhibition Party the renowned EuroMold AWARD will be bestowed. On December 1, 2011, our popular Designer Night will be celebrated in hall 11.
Worldwide trade fair concept DEMAT GmbH, organiser of the EuroMold show, transmits the successful trade fair concept on four continents to attractive foreign markets. In 2011 the fifth consecutive AsiaMold will take place September 21 – 23, 2011, in Guangzhou, China. This event is organised in co-operation with Messe Frankfurt.

EuroMold Pavilions organised by DEMAT GmbH offers our exhibitors’ attractive opportunities to conquer the vast market places of Russia and India as well as Japan. In 2012 DEMAT will organise the EuroMold Pavilions at RosMould in Moscow, Russia (June 19 – 21, 2012) and DieMould India in Mumbai (April 19 – 22, 2012). In addition to that the new Pavilion at Intermold in Osaka, Japan (April 18 – 21, 2012) is taking place.
Read more: Mould 41 Fairs 866 Rapid prototyping 8

EuroMold 2011
The World Fair for Moldmaking and Tooling, Design and Application Development