2010-02-10
Tweet
- Coca-Cola does it, Frito-lay does it and so too do Samsung and Hyundai. This is how Andy Sweetman, Chairman of the European Bioplastics’ Board summarises the fact that an increasing number of renowned brand owners are turning to bioplastics to enhance their products’ image.

While Coca-Cola recently kicked off a marketing campaign in selected countries introducing its PET PlantBottle, 30% of which consists of plant based material, Samsung introduced a cell phone partly made of biodegradable plastics, the Samsung Reclaim. Aldi, one of Germany’s largest discounters, introduced biodegradable shopping bags, letting customers decide between compostable and conventional plastic bags. Hyundai draws on PLA for the interior of its next generation hybrid car, and Frito-lay announced the use of bioplastics in their SunChips packaging. According to Sweetman, these are but a few examples where the products of our innovative industry eventually end up. 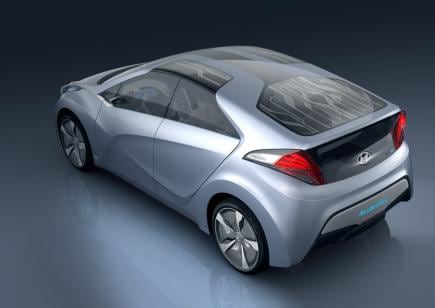 Correspondingly, despite the economic crisis, European Bioplastics’ members are investing in new plants, in further innovation and cooperations. For example, Nature Works just doubled its production capacity of PLA and Braskem made big investments for this year’s start-up of bio-based PE. BASF introduced new biodegradable plastics for coating paper and shrink-film while Novamont launched the 2nd generation of Mater-Bi, and Purac, Sulzer and Synbra kicked off a cooperation in the field of foamed PLA products.

“Of course we still have a long way to go, before we can actually talk about real market penetration. On the other hand, Rome wasn’t build in a day, either” Sweetman concludes.

European Bioplastics is the European association representing the interests of the industry along the complete bioplastics’ value chain. Its members produce, refine and distribute bioplastics, plastics that are either biobased, compostable, or both.
Read more: Market 470 Bioplastics 105

Braskem is a producer of thermoplastic resins, operating 29 industrial plants in Brazil and the United States