2017-03-23
Tweet
Manufacturing premium-quality optical components requires machines and tooling which meet the highest standards of precision and repeatability. To produce large-size parts in this segment, UPT-Optik Wodak GmbH based in Nuremberg, Germany has been using a hybrid machine from Wittmann Battenfeld's MacroPower series since the beginning of this year.

Horst Wodak, owner-manager of UPT-Optik Wodak GmbH, was already able to draw on 25 years of experience in optical mold making, when he established his own company with two employees in 2005, about 300 m from its present location. Seven years later, the ambitious entrepreneur moved to the present location – by then with a workforce of 54 and an inventory of 11 injection molding machines. Today, the company counts 125 staff members, and plans to add another 20 employees in the course of this year. The number of injection molding machines has now been increased to 27, with clamping forces ranging from 300 to 8500 kN.

UPT-Optik Wodak GmbH specializes in premium-quality optical parts and holds a position of global market leadership in this product segment. The company's range of products and services starts with the calculation of the optical functions and their implementation in terms of geometry, and goes all the way from prototyping, production of sample and series production tooling in its own mold-making shop to measurement, testing and series production of high-grade optical parts, including gold, silver and aluminum coatings, and the assembly of complex components. 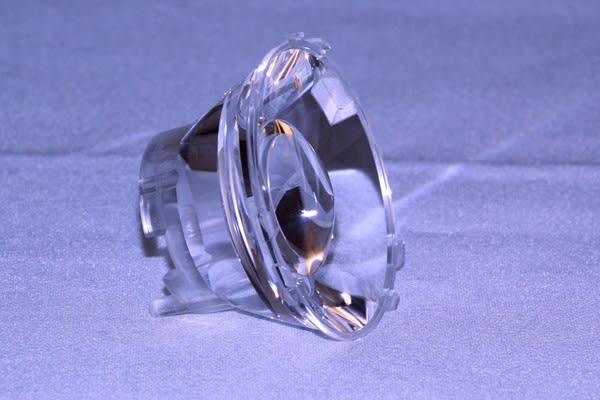 The products of UPT-Optik Wodak are optical plastic parts in the high-end segment, whose precision and accuracy can only be surpassed by optical equipment made of glass. Manufacturing these products requires specific expert knowledge across the entire range of goods and services, but above all in mold making. Six ultra-precision machines are used in production, which are capable of milling and turning with an accuracy down to the sub-µm range. The company's measuring and testing equipment is also laid out for detecting the most minute deviations, in order to meet the required high quality standard for the products. All machines operate in air-conditioned halls to ensure the high standard of precision for the parts produced.

6 of the company's 27 injection molding machines operate in a class 10,000 clean room according to FED standard. In its injection molding department, UPT-Optik Wodak uses almost exclusively all-electric machines, since these offer the standard of precision, repeatability and cleanness the company requires for manufacturing its high-end products. According to Horst Wodak, the lower energy consumption of electric machines compared to hydraulic models and their lower sound level are also arguments in favor of using these machines.

Since November 2016, a hybrid machine model with 8,500 kN clamping force, a MacroPower E 850/5000 from Wittmann Battenfeld, has been operating at UPT-Optik Wodak to make large-sized, thick-walled optical parts. The production of these parts requires a machine which offers ultimate precision and repeatability on the one hand, on the other hand long holding pressure times must be ensured without overloading the drive modules. Thanks to its combination of a servo-hydraulic clamping unit with a servo-electric injection unit, the MacroPower E is the ideal equipment for a highly accurate injection process. To improve the closing function of the check valve for the long cycle times of up to 25 minutes, the machine is equipped with an active closing function for the check valve following dosing. Moreover, the optional EXPERT-Coining high-precision coining system offered by Wittmann Battenfeld is used on the MacroPower E installed at UPT-Optik Wodak. This system can actuate each pressure box individually to regulate platen parallelism, and thus achieve an even higher degree of precision. Moreover, the facility to inject melt in several places during a single injection process enables UPT-Optik Wodak to put on an extra layer with a second set of injection parameters, or to inject melt into two cavities. 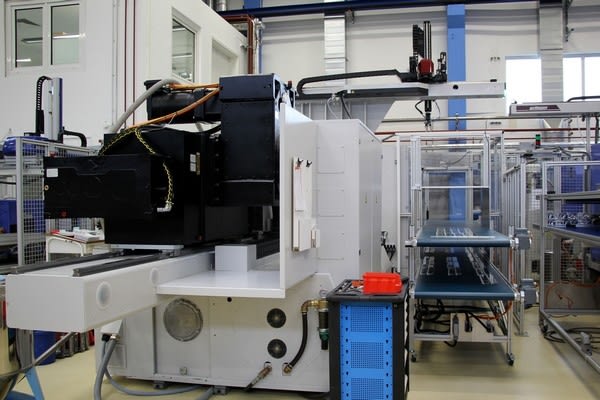 Parts removal and depositing of parts on a conveyor belt is handled by a W843 pro robot from Wittmann. Thanks to its reinforced profiles, this robot comes with a high load capacity, which is required not so much by the part weight, but rather in order to remove the parts safely from the mold with their very solid piece of sprue. 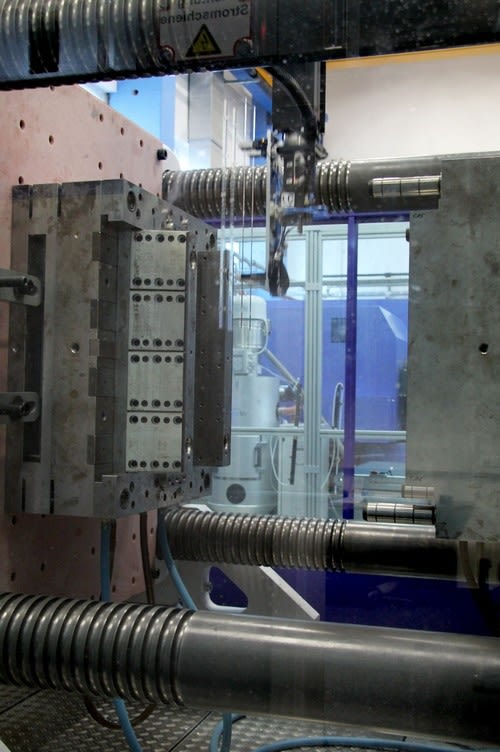 Following on-site tests at his company, Horst Wodak is very satisfied with the performance of the MacroPower E. "The MacroPower E meets our stringent requirements in terms of precision and repeatability and shows excellent performance in handling the required holding times", he comments. Furthermore, Wodak appreciates the machine's low energy consumption, its smooth, quiet running and last, but not least, the compact design of this large machine as well as its easy, uncomplicated operation via the UNILOG B6 control system.
Read more: Injection moulding press/machines 603