Prof: Igor Čatić: - Recently, I’ve become alarmed at the way some industries and companies are treating plastics as if it were a dirty word. One example is the advertising by a European plastics manufacturer touting so-called bioplastics as a virtuous replacement for undesirable traditional plastics even though the same company produces the latter as well. I view this as an unprecedented attack on plastics. It’s ironic that this attack is coming not from a fanatical environmental group, but from within our own industry.

Let’s take a brief look at plastics, also known as polymers, from the very beginning. The basic polymers - proteins, polysaccharides, and nucleic acids - are 3.5 billion years old. As early as 3,600 years ago, people were producing balls from natural rubber (Hevea brasiliensis, an organic natural polymer) and additives.

These same people, the Mayans of Mesoamerica, were able to optimize the properties of rubber compounds to make rubber products with differing characteristics. For several centuries we’ve been producing chemically modified plastics such as galalith. 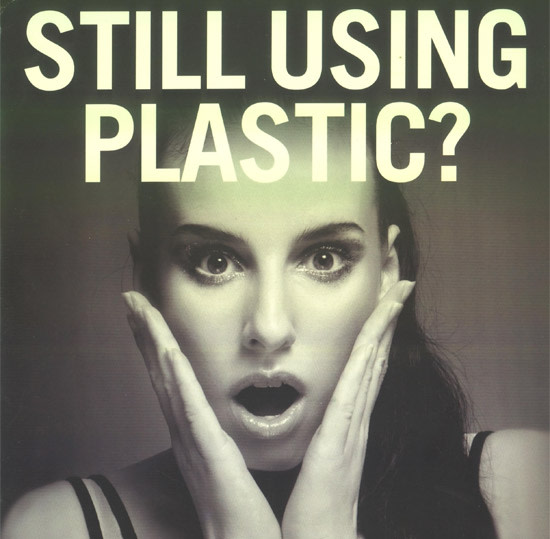 Only 104 years ago we succeeded in producing the first synthetic plastic, phenol-formaldehyde resin, one form of which —Bakelite - was the earliest commercial synthetic resin.

Over the last 60 years our plastics industry has achieved sensational results. In 2007 we produced about 260 million tonnes of plastics and more than 30 million tonnes of raw rubbers. A recent study by the independent Austrian sustainable development consultancy Denkstatt showed that plastics are among the greenest materials of the 21st century) (In its research, Denkstatt didn’t consider bioplastics because their quantities as a proportion of plastics overall are outside the statistical margins of 99.73 percent [3 + 3 sigma].)

In fact, the majority of plastics — thermoplastic polymers (which can be melted, in contrast to thermoset polymers, which cannot) such as acrylic, polyamide, polyethylene, and polyester - are readily recycled. Now let’s consider bioplastics, whose virtue apparently lies in their being “natural” (grown in nature) in contrast to the supposed artificiality of traditional plastics (grown in laboratories). The whole concept of bioplastics, also called green plastics and biodegradable plastics, is wrong. It’s based on propaganda that everything has to be “natural” or “green.”

The fact that something is growing in the natural environment doesn’t make it natural, however. In fact, agricultural products are cultured, not natural: To grow things, we need human work, energy (which is still predominantly oil, a perfectly natural substance that’s nonrenewable and generally considered toxic to the environment), fertilizers, and pesticides.

Everything from the field is cultured, not natural, and many “natural” products are being grown in polyethylene greenhouses or hothouses, thus isolated from much of nature’s influence. There is nothing wrong in this, but they can’t be called natural.

Are plastics producers aware of the impact of promoting bioplastics as a replacement for plastics? In my opinion, we should cut off this trend at the roots. Bioplastics should be emphasized as a separate segment of plastics and as materials that are useful for certain purposes, such as medical sutures or strewing foil for mulching in agriculture. If we don’t stop this trend, how much effort is it going to cost us, both intellectually and financially, to restore confidence in plastics as the most important and greenest material today?

Igor Catic is retired professor of the Faculty of Mechanical Engineering and Naval Architecture of the University of Zagreb. The article was also published in CSC Publishing, Powder and Bulk Engineering International.
Read more: Bioplastics 105 Market 470