2017-03-09
Covinil, a well-established converter based in Spain is the first company to invest in the new BOBST Integrated Solution for the conversion of AlOx high barrier transparent films.

The company already has a mature range of metallized film products in the market; the decision to purchase a new metallizer was due to running out of capacity and also in order to have the latest process innovations to open up new markets. This time, Covinil chose BOBST due to their reputation for leading innovations in the field of vacuum metallization and its process know-how.

The new K5000 2450mm vacuum metallizer Covinil have purchased incorporates all BOBSTprocess innovations available including: DarkNight for high barrier metallized films, AluBond for high metal adhesion and AlOx for high barrier transparent films. Naturally the package includes the Hawkeye pinhole detection system as it is an integral part of both the DarkNight and AlOx processes; Covinil were particularly impressed with the Hawkeye's ability to detect pinholes and other defects for improved barrier properties as well as its accuracy in measuring optical density to improve uniformity.

In addition to the processes included on this machine, Covinil were also impressed with the BOBST Integrated AlOx Conversion know-how and the way the entire process could be demonstrated on their own PET film,resulting in high barrier performance and excellent film transparency. In conjunction with the new K5000 2450mm metallizer from Bobst Manchester, Covinil also purchased a AlOx optimized coating platform from Bobst Italia. As part of this package, Covinil will have access to two innovative topcoat formulations which are applied on a new Bobst Italia coating line toprovide protection and enhanced barrier functionality to the AlOx coated PET films. Once the offline topcoat has been applied, films can then be converted further without any significant barrier deterioration using standard equipment (i.e. printing, lamination).

Commenting on the purchase, the Owner of Covinil said "We are experienced in the area of producing metallized films but when we needed to increase capacity, we also wanted to invest in the latest process innovations in order for us to enter new markets, in particular in the area of AlOx coated PET films. BOBST are well known in the industry for their AlOx process but as a converter, we were also interested in its behaviour during conversion processes. However, it was reassuring to see that the barrier properties of our AlOx coated PET films were maintained after the application of a protective topcoat layer, which convinced us to make a further investment in a new specially adapted BOBST Italia coating line. We are confident that the investment in these two new BOBST machines,together with BOBST know-how, will give us a unique competitive advantage in the area of AlOx as the innovators in the industry."

Covinil founded in 1975, started off producing PVC film for candy wrapping, then added CPP film and eventually purchased their own PET film line; films are marketed under the CECRONIL brand. Covinil can take care of the full manufacturing process including extrusion, metallization, printing and slitting of films for food and non-food applications; having full control over the manufacturing process means better quality and a quicker service.The company is BRC certified and has a strong commitment to develop its business in an environmentally friendly way. An in-house laboratory equipped with measuring and testing equipment enables determination of both physical and chemical film characteristics and incudes the latest Barrier measuring equipment. 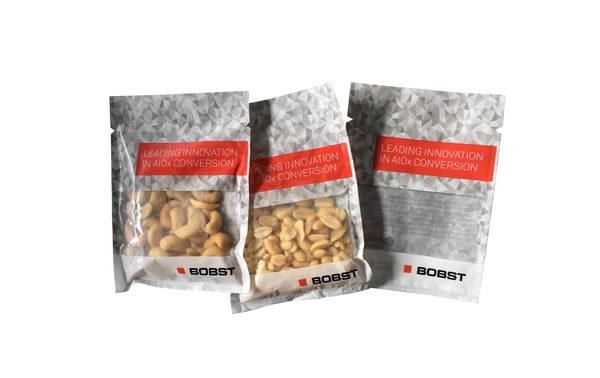 BOBST is the world's leading supplier of equipment and services to packaging and label manufacturers in the folding carton, corrugated board and flexible material industries. Founded in 1890 by Joseph Bobst in Lausanne, Switzerland, BOBST has a presence in more than 50 countries, runs 11 production facilities in 8 countries and employs over 5,000 people around the world.
Read more:
Packaging machines 78